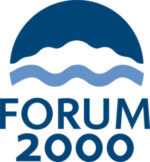 “I was actually greatly surprised and shocked that the majority of the world, even of the countries surrounding Togo, have no idea that Togo is run by the oldest military regime in Africa,“ says Farida Nabourema for #Forum2000online Chat. Farida is a human rights activist from Togo. In 2019 she was listed as one of the Most Influential African Women.

Olga Sadovskaya: Torture cases in Russia are not a secret anymore

“Twenty years ago, there were no journalist investigations. Today, we do see the progress. Believe me, it is a good sign that you are able to get information about what is happening in Russia.” Olga Sadovskaya, Head of the International Legal Protection Department of the Committee Against Torture, was the guest of our #Forum2000online Chat.

We condemn the military coup in Myanmar

The Forum 2000 Foundation, the International IDEA, and the National Endowment for Democracy issued a joint call on the Myanmar military to fully respect the results of the recent national elections, release all detained political and civil society leaders, and allow the country to institute real democratic reforms.

Discussion: Technology and democracy: Is it a match?

„Fake news can spill over into other things, like legislative action and the legal violence as we saw in the Capitol. It is being used to attack what we call the liberal institutions of democracy, that actually guarantee the rule of law,“ said Nick Anstead, Associate Professor of Media and Communications from the London School of Economics. Watch the full discussion on the realm of technology that is increasingly turning into a strategic competition between democracy and authoritarianism.

Each year, we organize the NGO Market with renewed energy. During the Week for the Non-Profit Sector, we provide space for the NGOs to bring their stories to the public and to share their experiences. Our goal is always to show the faces of the real people who stand behind non-governmental organizations. In 2021, it will be no different, although we will meet again online this year.

The full program and further information regarding the event will appear soon on this website and our Facebook page.